The Irrigation Department with over a century of experience as a pioneer organization responsible for most of the development works in the irrigation sector, looks optimistically towards the development envisage in the water sector at the dawn of the new millennium.

Vision
“To optimized the returns of the water resources so as to ensure sustainable economic and social development while safeguarding the environment of the country, following the words of the King Parakramabahu the Great of “Not allowing a single drop of water falling from this sky to sea without serving the ecosystem and mankind”.”

“To harness, develop, conserve, regulate, allocate and manage water resources in the country to secure &enhance the returns it produces, directly in the sphere of agriculture and indirectly in other spheres such as environment domestic, industry and power in collaboration with other organizations.”

Objectives
The main objectives of the Irrigation Department are as follows;

Functions of the Irrigation Department

The functions of the Irrigation Department arising from the objectives are as follows;

Summary of the Performance of Irrigation Department

2nd Inter monsoon is partly activated and available water percentage of 73 major reservoirs was 50 % at beginning of the season for Maha 2015/16. NE monsoon is bringing considerable inflow to 73 major reservoirs during seasons hence reservoir’s capacity was increase up to 94% on 07th of January 2016.cultivation was completed under Major irrigation schemes were 86% and Medium irrigation schemes were 81%during Maha 2015/16.

1st Inter monsoon is partly activated but available water percentage of 73 major reservoirs was 84 % at begging of April 2016. But some reservoirs under Mahaweli system were in lower capacity specially GDR (Kotmale) was 31.3% of capacity. Then take decisions to reduce the cultivation under effected from Mahaweli system. At the mid of May 2016 cyclonic weather condition fill the all tanks in central of the country and flood occur in Kalani river.

The branch was established under the restructuring of the Department in 2013.. The objective of the branch is to establish an integrated management system to increase socio – economic standard of farming community through participatory management approach by optimum use of one unit of water and one unit of land in Irrigated agriculture.

Even though Irrigation Department planning to implement more and more Water Resources Development in the country. It is a big challenge to increase our Irrigated Land extent further in a large scale. We have to think of forest coverage, settlement and other industrial needs of the country and at present Irrigation Department more concentrate on improvement to land productivity in available lands.

Meantime, the government declared National food security program and ‘Wasa visa nethi ratak’ program as National programs. With the new thinking as explained above Irrigation Department launched following activities during 1st half of the year 2016 and expected to concentrate further for dynamic change in Irrigated Agriculture during the year 2017.

Activities performed during 1st half of the year

Training of field officers is very much important for an implementing agency Like Irrigation Department, especially when launching new program training is much more important.

2.    National Conference of Irrigation Farmers in BMICH Chaired by H. E. the President.

organized a National Conference of Irrigation Farmers (Jathika Wari Govi Samuluwa) in BMICH on 6th April 2016 under the patronage of H.E. President. There were many problems Such as construction issues, maintenance problems, water shortage, and fertilizer subsidiary new system introduced by the government etc, raised by farmers in Irrigation Schemes in several occasions. Hon. Minister of Irrigation & Water Resources Management was very sensitive on the issues raised by farmers and summoned a conference to discuss and solve their problems.

The other outcome of the conference was, to aware the farmers about kidney diseases and special awareness was made to the farmers by Dr. Channa Jayasumana Senior Lecture Raja Rata University.

This program implemented in several districts such as Anuradhapura, Polonnaruwa, Monaragala, Badulla Galle, Matara, Hambantota, and Kandy in small scale as pilot project and found successful achievements. But, it is observed that marketing problems is a negative impact for further improvement of Traditional Paddy.

Irrigation Department with the assistant from Bio – Diversity Secretariat, Ministry of Mahaweli Development and Environment has organized the program to control the Invasive Plants in Irrigation System by mechanical and Biological control methods. General awareness of Irrigation Staff and Training of Trainers (TOT) program on IAS were conducted in Kothmale International Training Institute during, July 2016.

The total financial allocation for capital expenditure for the year 2016 is Rs. 13,571.43 million and Rs.  4, 432.34 million was spent up to the end of July. Detailed Financial progress of individual items is given below with a brief description of the items and present financial position of work.

Medium projects Implemented under the Ministry & Other Agencies Votes 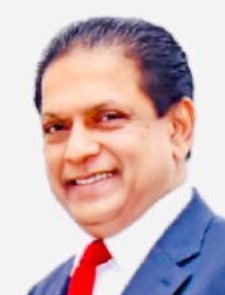